The services of Facebook, WhatsApp and Instagram were recently affected as customers complained that they were unable to upload or send pictures, videos and other documents on applications.

Facebook, which owns both WhatsApp and Instagram, later tweeted that they knew that individuals were having difficulty accessing the services across their applications and that they were working to solve the issue. In Europe, India and the United States, which are significant markets for the business, the worldwide outage affected the customers. 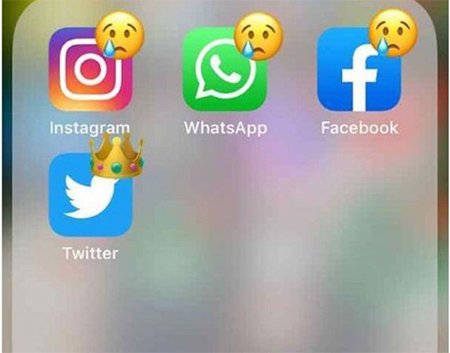 Facebook later tweeted about the issue getting resolved after the outage. “Earlier today, some people and businesses experienced trouble uploading or sending images, videos and other files on our apps and platforms. The issue has since been resolved and we should be back at 100% for everyone. We’re sorry for any inconvenience,” the company tweeted.

A spokesman for Facebook later explained that the issue was due to a routine maintenance procedure that accidentally caused a bug, making it hard for users to upload pictures, videos.

#Facebookdown and #instagramdown trended on Twitter as users worldwide reported that these apps didn’t work. Some WhatsApp users in India reported being unable to download or view pictures sent to them.

This wasn’t the first large outage this year from Facebook. Facebook, WhatsApp and Instagram services were down for almost 24 hours on March 13, calling this one of the worst outages to hit the business.  It had tweeted later that the issue was triggered by “change in server setup,” which left many individuals unable to access applications and services from Facebook.

Powered by WordPress | Designed by TieLabs
© Copyright 2023, All Rights Reserved